Top Reasons to Hire an Emergency Plumber for Frozen Pipes

Thaw Pipes Without Damages — The pipes in your plumbing system cost money to install and maintain; hence, you should do everything to prevent damages. However, you cannot guarantee the safety of frozen pipes if you decide to thaw them yourself. Notably, most people think that thawing frozen pipes involves applying a heat source, such as a blow dryer, directly to the line. However, such measures only damage pipes, especially those made from temperature-sensitive PVC. For instance, a PVC pipe easily deforms if you thaw it by blowing hot air from a blow dryer. A professional emergency plumber knows that thawing frozen pipes is a process that needs time and indirect heating. For example, the best way to thaw frozen pipes, PVC or metallic, is to place a heat source a couple of feet away. The heat forces the frozen water inside a line to melt gradually, leaving the pipe in good condition.

Prevent Flooding — Frozen pipes that go undetected expose your property to flooding when the pipes burst. It usually happens in the later stages of winter when the pressure outside frozen pipes drops. Unfortunately, the flooding can wreak havoc to your property within a matter of minutes, leaving you with no chance to salvage anything. Therefore, early detection and thawing of frozen pipes are essential to preventing residential flooding. An emergency plumber will inspect your plumbing system to determine how far frozen pipes are from bursting. Most importantly, it gives an emergency plumber a good idea of how fast they should work to prevent possible flooding.

Prevent Frozen Pipes in the Future — If you manage to thaw frozen pipes, the chances are high that you will not think about protecting them from freezing in the future. Thus, you are likely to deal with the same problem every winter. However, an emergency plumber does not neglect pipes after thawing since they understand that frozen pipes are common every winter. Notably, a plumber will insulate pipes to prevent heat loss during winter, eliminating the frozen pipes issue for a long time. 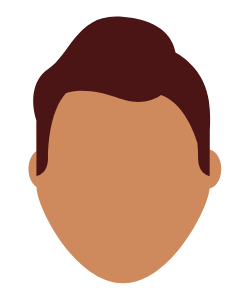 Plumbing emergencies can be really stressful. This blog aims to help you to recognise the signs of a plumbing emergency and to give you the information you need to solve the issue. A lot of the time, you will need to call out an emergency plumber. This blog will give you the language needed to communicate effectively when reporting a leaking pipe or a broken boiler. The articles have been put together by keen amateur plumbers who have first hand experience of working with professionals to deal with plumbing emergencies. We hope this blog will be useful source of information for you.